Strat drove from Wolverhampton to London via Coventry.

(a) Work out Strat's average speed for his total drive from Wolverhampton to London.

Raven drove from Bedrock to Springfield via South Park.

Raven says that the average speed from Bedrock to Springfield can be found by working out the mean of 70 km/h and 50 km/h.

(b) If Raven is correct, what does this tell you about the two parts of Raven's journey?

The following diagram shows a distance-time graph of the movement of a fish. 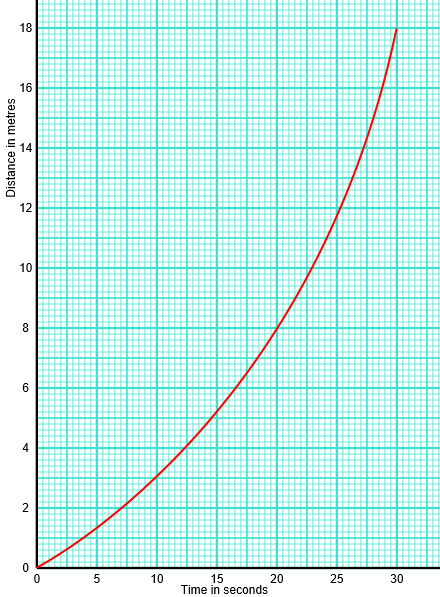 (a) Work out the average speed between 10 and 20 seconds.

(b) Estimate the speed of the fish at 25 seconds.

Marilou and Sam had a skiing race. Here is Marilou’s speed-time graph from the start of the race. 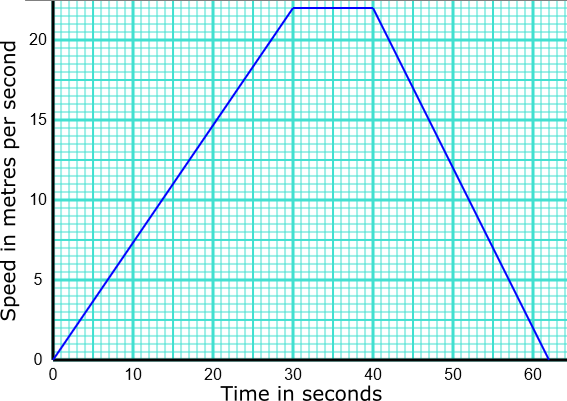 (a) Marilou crossed the finishing line after a time of 40 seconds. How long was the race?

(b) Sam finished after a time of 50 seconds. What was his average speed, in kilometres per hour, for the race?

The distance from Wolverhampton to Cambridge is 115 miles.

(a) Use Lynn's assumption about her average speed to work out her arrival time in Cambridge.

(b) Lynn's speed was actually lower than her assumption. How does this affect the arrival time?

The following kinematics formula can be used to work out the distance travelled (displacement) of an object travelling with constant acceleration.

(a) Rearrange the formula to make \(u\) the subject.

(b) What units would be associated with speed in this case?

(c) What units would be associated with acceleration?

A model train is placed on a length of straight track.

(a) Draw a velocity-time graph for the train on graph paper provided below. 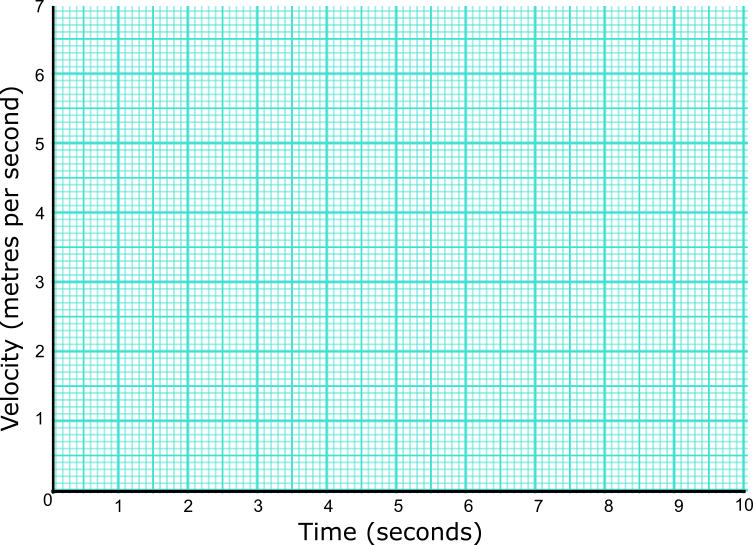 (b) Work out the total distance travelled by the model train.

A motorbike moves from rest along a straight road. The graph below shows the speed, \(v\) in metres per second of the motorbike \(t\) seconds after it started to move. 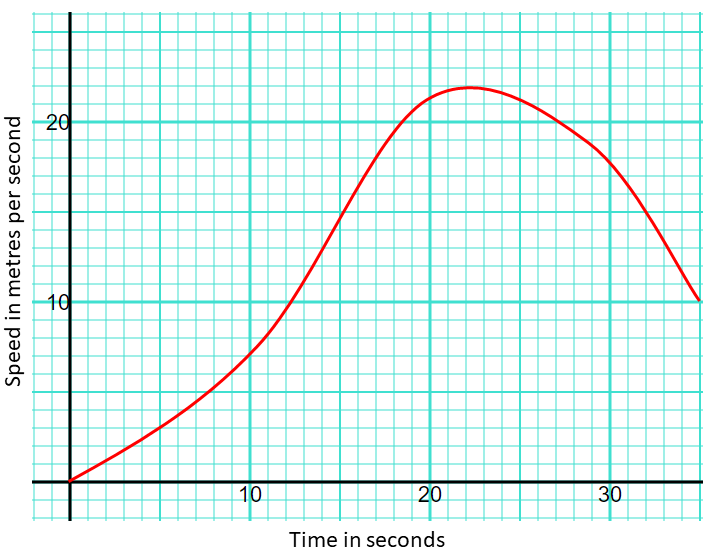 (a) What is the maximum speed achieved by the motorbike.

(b) Calculate an estimate of the gradient of the graph at t = 10.

(c) Describe what your answer to part (b) represents.

(d) Work out an estimate for the distance the motorbike travels in the first 25 seconds of its journey by dividing the area under the graph into five strips of equal width.

Here is a speed-time graph for a go kart. 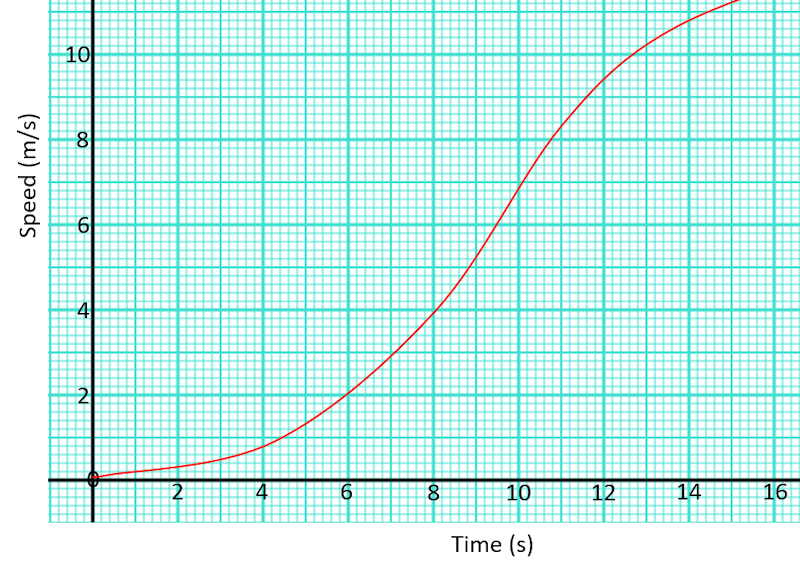 Work out an estimate for the distance the kart travelled in the first 12 seconds by using six strips of equal width.

Very accurate equipment was used to measure the movement of a particle which moved in a straight line for 3 seconds. Its velocity, \(v\) ms-1 , at time \(t\) seconds, is given by:

(b) Find the value of t for which the particle is at rest.

(c) Find the total distance the particle travels during the first three seconds.

(e) Find all possible values of t for which the velocity and acceleration are both positive or both negative.

Pob and Wie are travelling from Bangkok to Khon Kaen.